On November 30, 2021, the Dutch-Algerian project on modern dairy farming ended with a final ceremony attended by representatives of the Algerian Ministry of Agriculture, the participating institutes, the Ambassador of the Netherlands, and other stakeholders. The main objective of the project has been to establish a practical training centre, to be build by the Algerian partner, existing of two units: one for sixty-five and another for fifteen cows. For this training centre, the Dutch partner would provide the expertise to develop training materials and to ‘train-the-trainers.’

The core team of trainers
During the first mission in 2018 it became clear that the Demonstration & Training Farm was far from completed and after a period of delay, we decided to start the project activities by involving local dairy farms. One of the project partners, the nearby situated agricultural school with its own farm, provided most of the trainers. In addition, trainers from three other organisations (extension services, AI service and veterinary health laboratory) completed the team of nine trainers: the “core team.”

Study tour to the Netherlands
In January 2020, the core team started their program with a study tour to the Netherlands. This was not only an introduction to the Dutch system of practical learning, but also an effective way to establish a team-spirit. We agreed that training materials would be developed in close consultation with the local trainers, followed by a series of practical training courses during which the role of the Bles Dairies experts would gradually change from trainer to coach. 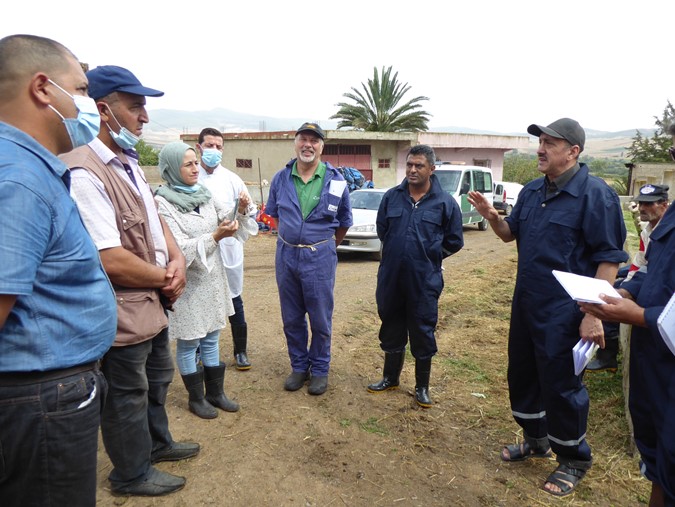 From trainer to coach

Blended Learning
In March 2020 the Bles Dairies experts were ready to depart for Algeria, when Covid-19 disrupted all plans and programs. It would take 18 months before it was possible to travel again, much longer than anyone could expect. During the first months the ‘core team’ remained actively involved in the development of the training materials. Later, Blended Learning. was introduced. Meanwhile the farm management program of UniformAgri was installed at four satellite farms, which would help the farmer in his management and the trainers in their on-farm lessons.

Practical training
Finally, in September 2021, the first practical training course could be conducted, followed by two more courses in October and November. These courses also involved the training of local farm advisors and veterinarians, so that the approach “from training to coaching” could still be implemented, even though at a higher speed than foreseen. After completion of the project, the agricultural school takes over the responsibility for practical training, therefore we agreed to donate a new milking parlour and a complete set of training equipment. UniformAgri was installed at eight more farms in the region, with further online guidance for the next few years. 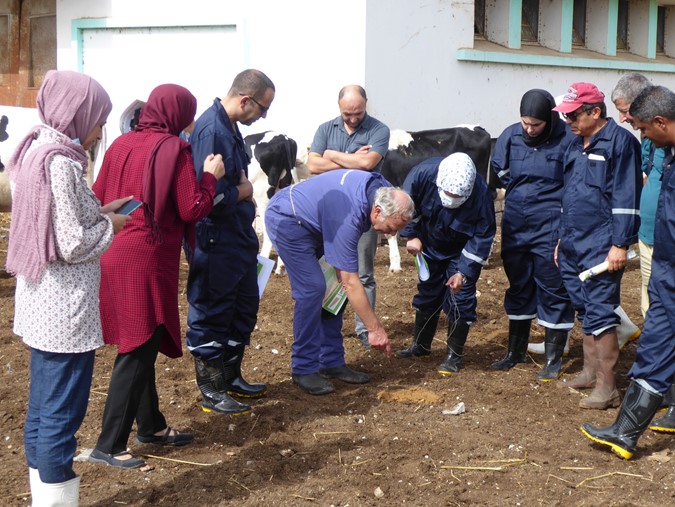 Project completed
On the last project day all stakeholders expressed their regret that this project had ended. We collaborated with a wonderful team of local trainers, supported by their institutes and the Ministry who all realise that dairy development in Algeria is urgent to reduce milk powder imports. We received full support of the Embassy in Algeria and the Dutch Ministry of Economic Affairs for a flexible approach, as this proved to be necessary under the Covid-19 restrictions.