Introduction of a stand-alone farm management app in Vietnam

The past two weeks, a team of Uniform Agri visited FrieslandCampina in Vietnam for the introduction of the MyDairyFarmTool. The introduction of this stand-alone farm management application is part of a 5-year dairy development project in which our consultancy division The Friesian is engaged as partner. The Dutch Government formulated a development program to develop domestic smallholders in the four key dairy districts in Ha Nam Province (Northern Vietnam), funded by RVO. Our input includes providing training and technical assistance to 150 dairy farmers on a quarterly basis. Within this project, The Friesian requested Uniform Agri’s expertise concerning the development of a farm management application.

The introduction of a stand-alone application of a farm management system for smartphones is a special feature of the project. The stand-alone app will provide the farmers and the extension services up-to-date information and analysis. The application has been rolled out and goal of Uniform Agri’s visit to Vietnam was to train the FrieslandCampina team to become a skilled and independent team. A team that is able to implement the app and to support and to train the farmers in the MyDairyFarmTool.

The first two days were spent on the installation of the app, an introduction of Uniform Agri and discussions about the project. The week continued with explanations about the use of the app, how to read data and how to analyze it. The FrieslandCampina team later was given time to get experience with the MyDairyFarmTool app. They could do this by creating demo farms, based on provided demo data. After the FrieslandCampina team was instructed and felt comfortable with the app, the MyDairyFarmTool app was also presented to the first group of farmers.

Uniform Agri has let us know that it a very successful week was, in which they shared a lot of information with the FrieslandCampina team. The team was very eager to learn and to understand everything. Uniform Agri comments: “During the installations and configuration we ran into some minor issues, as expected, but we were able to fix most issues immediately. The FrieslandCampina  team was very flexible to work towards a solution. We have received a lot of feedback and suggestions that we can implement after our return. A very good first experience!” 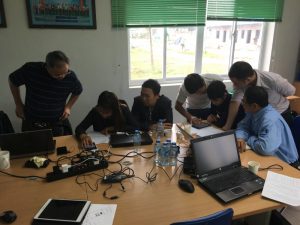 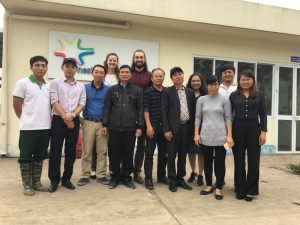